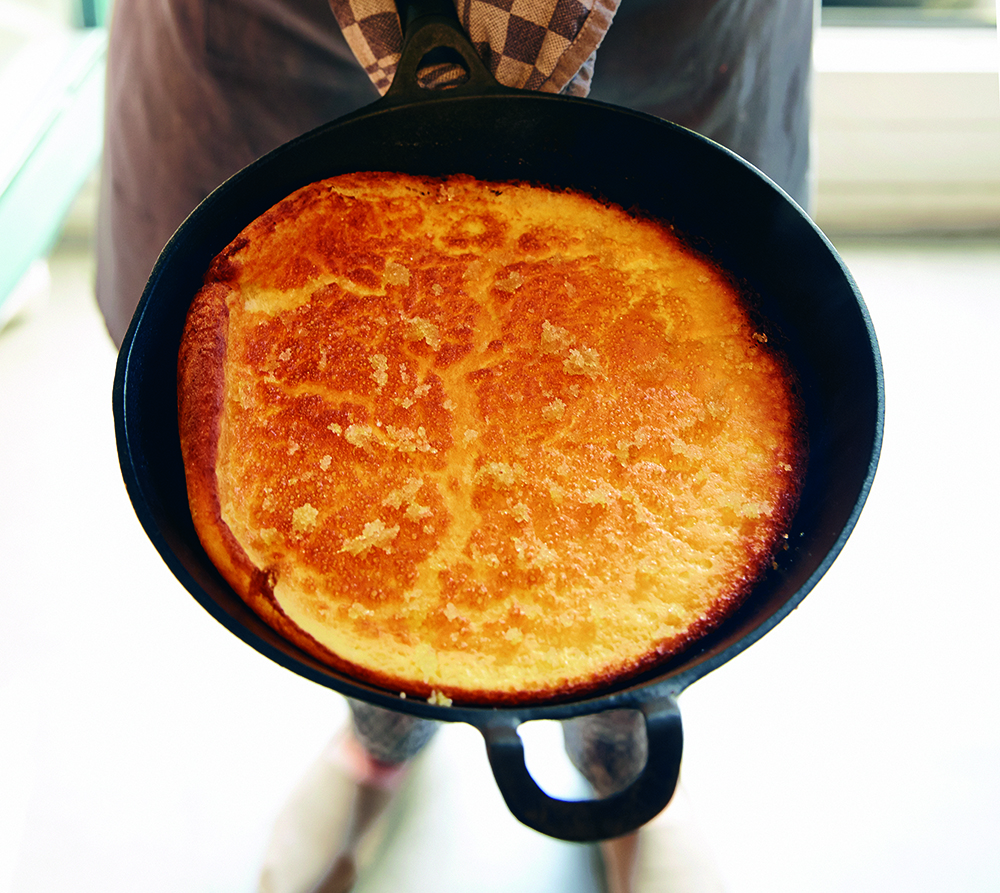 Dutch Baby is a actually a German dish, and descends from the German Pfannkuchen (pancakes). The Pennsylvania Dutch used to make it, and they were immigrants from Germany. So, actually, it should be called ‘Deutsch’ (German) babies. Anyway, it’s a great brunch dish. The Americans serve it with icing sugar and lemon. But you could also make a savory version. Once I made it with braised leeks and some baked slices of pear. I put these on top of the batter in the pan, and sprinkled over some blue cheese (stilton) and baked it. I usually serve the sweet version with a bowl of red fruit

1. Put the empty skillet in the middle of the oven and preheat to 440°F/225°C. Mix the sugar and the lemon zest in a small bowl.

2. With an electric mixer, whisk the eggs on high speed until you have a pale and frothy mixture. Using a normal whisk, add the milk, flour, vanilla, cinnamon, nutmeg, and salt and beat until you have a smooth batter. It will be a thin and runny.

3. Open the oven door, and add the butter to the hot pan. The butter will melt instantly, so swing the pan (don’t forget those oven mittens!) to make sure the butter spreads evenly. Pour all the batter in the hot pan and close the oven door. Bake the pancake until it is puffed and done; about 20 minutes. Remove from the oven, transfer to a large plate and sprinkle with some icing sugar and the lemon sugar. Serve with wedges of lemon. The Dutch Baby will fall in a bit, but that’s okay.