I will post a story on my adventures in New York soon, but first I need to share this with you:

Yesterday October 23rd was the nomination show for the Dutch Cookbook of the Year 2012 awards. I had the honor of presenting it at the wonderful Radio Royaal restaurant in Eindhoven. 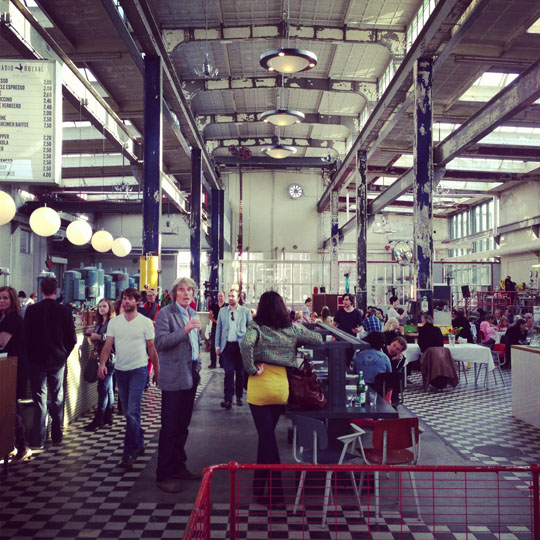 I had many national and international guests, like the talented vegan chef  Terry Hope Romero from New York, who showed us how to bake a vegan pumpkin cheesecake. After that we all got to taste it. She has a new book out called Vegan Eats World.
Annelies Dollekamp, winner of Dutch Cookbook of the Year 2011 joined me too, to chat about her new little book called Kookkaravaantje. The wonderful  & funny Kerstin Rodgers, alias Miss Marmite, from London came over and told us how to open our own underground restaurant, she wrote book about it called Supper Club. Check that one out too.
The the ladies Helga & Marije who made the book Maak van de Noot een Deugd joined me on stage to tell us about their adventures after winning best illustrated Cookbook at the Gourmand Cookbook awards.
After all of this my dear friend Vanja van de Leeden took over to interview, translate and assist the extraordinary Michelin starred vegetarian chef  Pietro Leeman from restaurant Joia, Milan, as she is fluent in Italian. He showed us the difference between Asian and Italian rice and cooked us a fabulous pumpkin risotto. 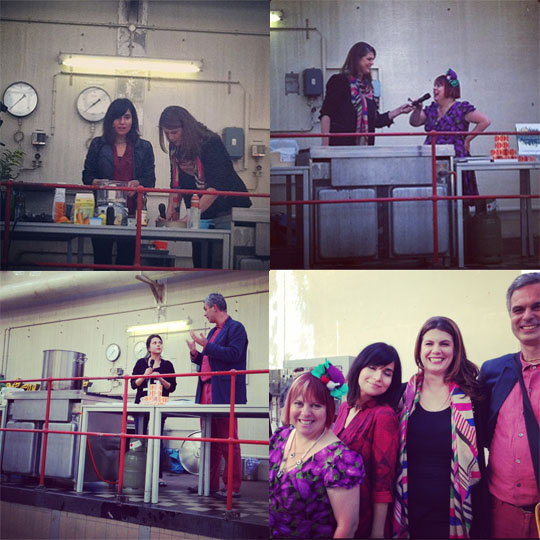 But then the best part came.

The 12 best cookbooks of this year were announced. And my book Home Made Summer was nominated for Best Dutch Cookbook 2012. 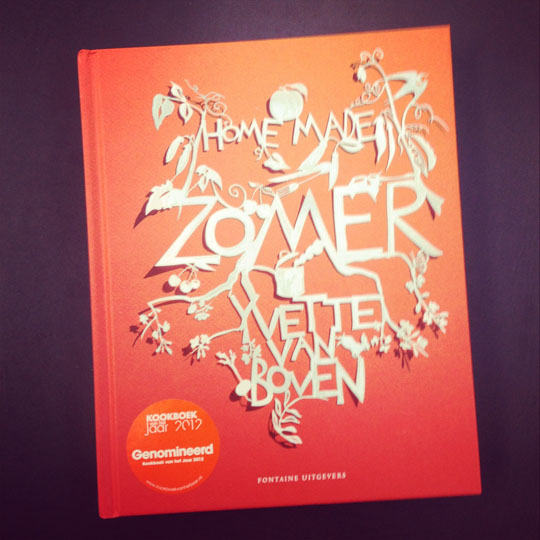 I’m on cloud nine if you need me.

You can help me win the Audience Award by voting for me HERE!
Thank you ever so much – I’m delighted, what a year this has been so far – wow,

and thank you Fusina Verloop from the Wonderneming, for organising this event. It was super.

Ps. the top 2 pics of the 4 little square ones were taken by another talented and very friendly Italian cook Nicoletta Tavella who also just brought out a new book called: La Cucina del Sole (I stole them from Instagram)